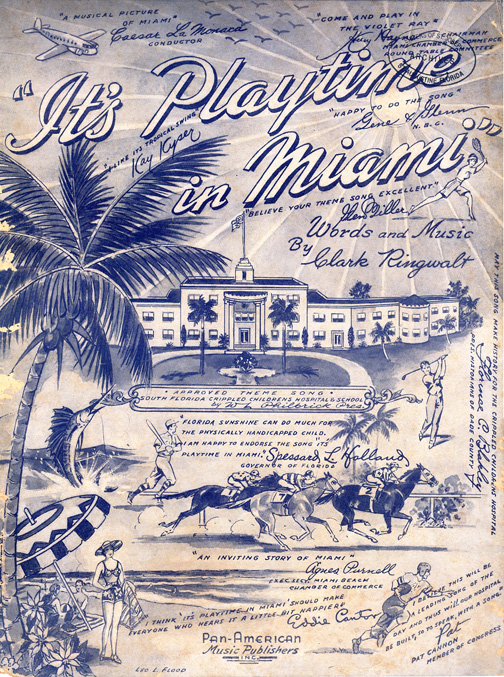 I found some beautiful old sheet music when I was in Saint Augustine last weekend. I found it at Wolf’s Head Books, one of the finest antique and used book stores in Florida. The song is called, “It’s Playtime in Miami” and was written in 1940 by composer Clark Ringwalt as a fund raising measure for the South Florida Children’s Hospital in Miami, Florida. 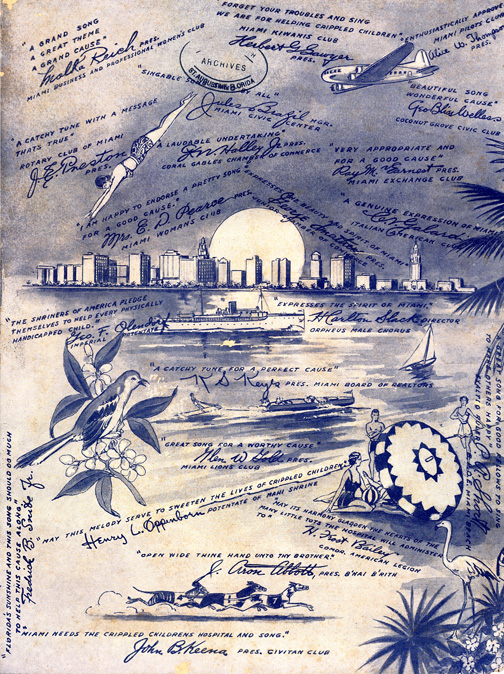 "Hitchhiking Chutzpah" on the Snydecast Pumperniks Menu
Scroll to top